COVID, fires, heat waves, outages. Is California up to the challenge? 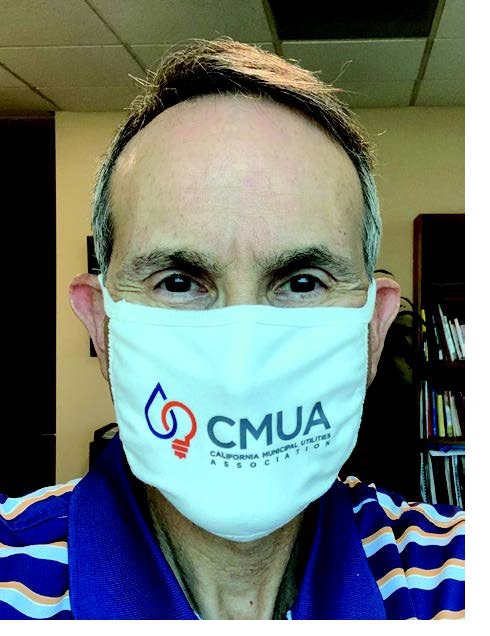 2020 will be remembered as an unforgettable year—or, perhaps, a year we cannot quite remember. On one hand, a lot of crazy things have happened; on the other hand, many people can hardly remember anything we’ve done, other than cope.

When it comes to COVID-19, utilities have done well, planning and acting on the fly. We’ve kept our staffs healthy, dealt with massive workplace disruption, and kept the lights on and water flowing. We’ve worked with customers who have had trouble paying their bills. What we still don’t know is the full extent of the downside—the negative impact to our communities’ and municipal finances. Budgets are down, and the worst is not over. It will take years to turn around.

Statewide, while fires have taken a toll, utilities have implemented changes and executed wildfire mitigation plans. Several utilities affected by a nearby fire, including Lassen Municipal Utility District, rebuilt quickly with the help of dedicated workers and mutual aid.

The fire season is not yet over, and we are hopeful it doesn’t get worse. Unfortunately, the future of fire is likely not on the decline. We must be ever-vigilant in managing our utility systems, and work with local, regional, state and federal stakeholders to reduce the possibility of future fires. We know we are serious; let’s hope others are as well. In our experience, some environmental groups have not been as motivated as we are to take action to minimize fire hazards in the forest.

Then there are the heat waves, which may happen more often with a changing climate. Heat events such as those in August cause a variety of problems, including stressing the state’s power supply and delivery system.

Many groups are trying to lay blame for the August 14-15 rolling blackouts in California. Environmental organizations and renewable energy purveyors uniformly were quick to defend California’s green policies, which are responsible for placing 36% of our energy supply in intermittent power, growing to 60% by 2030. I don’t demean intermittent power but let’s call it what it is: unreliable. Solar is daytime power and wind is sporadic. Both have capacity factors below 35%.

Conventional power—including hydroelectric, natural gas and nuclear—supports that intermittent power to keep the grid operating. There is no question it’s good to use renewable energy. By investing in green power, California’s historical leadership has significantly lowered the cost of renewables. We should be proud of that. But the renewable energy industry—motivated by climate change, and also inspired by profits—has pushed legislative leaders to require investments in intermittent renewable energy. Subsequently, state regulators did not adequately plan sufficient reserves to maintain enough conventional power supply to keep the lights on when demand is high.

Not a single environmental group or renewable energy supplier has suggested this over-investment in intermittent power is part of the problem. Neither have the state’s energy agencies. In fact, defending their core philosophy, they have said the opposite. One group, in fact, blamed natural gas plants for contributing to the problem of climate change and shutting down during the critical peak. Others have called for even more intermittent power.

Broadening the problem further, they want natural gas plants—basically, our state’s reliability machines—mothballed. A San Francisco Chronicle news story indicated one plant responsible for 0.5% of state load was accidently shut off for about 30 minutes. Yes, that’s a problem. But if we’re running the state grid within a half-percent of the peak, that’s not a problem of reliability—it’s a problem of poor planning. We should never be that close to the edge of our power supply availability.

Most environmental groups have called for more batteries. Yes, batteries must be part of the future of using intermittent power effectively, but batteries will not save us. We need long-term storage that lasts well beyond four to eight hours. We need multiday storage, and we need seasonal storage, such as hydrogen. Offshore wind is a possibility, but it is not cheap when needed transmission costs are properly accounted. Let’s keep working on developing those technologies and take steps forward on feasibility.

What we cannot do is shut down conventional power plants until we have guaranteed, reliable replacements.

Why are publicly owned utilities so concerned about reliability? The reason is we are not-for-profit, and are responsible to our communities and customers. Furthermore, we report to the North American Electric Reliability Corp. to maintain high reliability, with stiff fines and penalties if we neglect to carry out this duty. Would those who support intermittent power without regard for reliability—or suggest an occasional outage is not so bad—like to share in paying a $1 million (or more) penalty? I highly doubt it.

Publicly owned electric utilities responsible for their own regional balancing authorities performed extremely well during the August outages. Because these POUs have sufficient physical reserves, they maintained their own high reliability and even supplied excess power into the California Independent System Operator. Period. Full stop. We don’t know exactly what happened in the rest of the state, but we know our transparent model, with rates and investments regulated by local officials, works.

During the multiday August heat wave, POUs and public water agencies also did a yeoman’s job in maximizing their owned-power output and crushing demand statewide. Aside from relentless messaging to customers to raise thermostat temperatures and cut load, they worked closely with the governor’s office to drop their own loads and generate locally with backup generators, many at water treatment plants. All together, CMUA members were responsible for several gigawatts of power supply and demand reduction.

Now we have California’s Senate Bill 100 goals that gradually ratchet up the proportion of carbon-free energy in the state’s resource portfolio. Unless we get serious about addressing reliability, the goals won’t be reached. The low-hanging fruit has been picked. Instead of environmental groups pointing fingers at others, they need to take a dose of reality and look inward at their proposals that only strain electric reliability further. Their inability to honestly come to the table is in part to blame for the outages.

One more opportunity—and stress to the grid—is Gov. Gavin Newsom’s executive order to sell only electric cars by 2035. To ensure high reliability, this will require massive new investment in the energy delivery system.

I don’t know if we’re up to resolving these issues. Each requires working together to address the problems and compromise to implement workable solutions. We have a history in California of “fire, ready, aim,” and such a strategy won’t work with limited financial resources. We must plan better. I’m a positive person, but not optimistic—to use a phrase made popular by our governor—in meeting this moment.

The only way we move forward is together. POUs and load-serving entities are waiting at the table. We’re not betting on faith or praying for new regional markets that will miraculously solve the physics of delivering kilowatt-hours when the entire Western region is short on power.

Here’s my call to action to environmental and green energy groups: If you’re truly serious about meeting California’s aggressive renewable energy goals while keeping the lights on, send me a note. Let’s start working on the plan to go green and reliable. I’m at bmoline@cmua.org.


This column was originally published in the fall 2020 issue of CMUA's California Water & Power magazine.