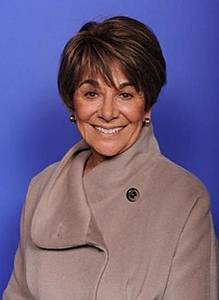 CMUA has joined public power utilities across the nation in supporting a Congressional bill that would give local governments the tools they need to regulate deployment of wireless broadband in their communities.

The legislation, H.R. 530 from Rep. Anna Eshoo (D-Calif.), would overturn recent FCC actions that are regulating public power pole attachments despite the preexisting public power exemption in section 224 of the federal Communications Act.

The problematic FCC regulations, which took effect about two months ago, limit the ability of of cities and states to regulate pole attachments and other "small cell" sites needed for the deployment of 5G, the newest standard for mobile wireless service. The FCC actions restrict the type and amount of fees that cities and states may charge and also limit non-fee requirements, and set time limits of as few as 60 days for cities and states to authorize proposals, according to Eshoo's office.

“The FCC allowed industry to write the regulations leading to a complete freezing out of local governments from having a say in how 5G infrastructure is deployed,” Eshoo said. “From New York City to San Jose, over 250 local governments and public utilities support H.R. 530 to reinstate local communities’ voices in 5G deployment."