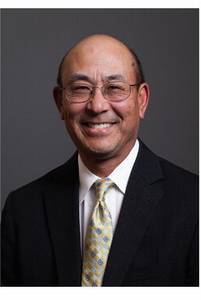 California Water & Power: These days, people tend to move around and take jobs at several different places. You have stayed put at Turlock Irrigation District since 1985. What do you credit for your long career here?

Hashimoto: I’ve been an employee with Turlock Irrigation District for 34 years now. I started at entry level as an engineering technician. I credit my longevity to good supervisors and the great co-workers I’ve had. I’ve stayed because I’ve always had interesting and challenging work.

CW&P: Did you ever think you would become the general manager?

Hashimoto: No. Actually, I was always the type who was happy where I was, until there was a promotion opportunity. A good supervisor of mine said, “I think you’d be excellent. You should apply.” I enjoy the job and continue to do it.

CW&P: What is your leadership style like? Who were your influences?

Hashimoto: I would characterize my management style as empowering my employees. I like to just give the general direction, and I like to leave it up to them to come up with the means and methods to achieve that direction. I had previous supervisors who did that with me. I enjoyed that ability to think and create and achieve based on how I decided to go about a problem, versus systematically being directed step-bystep on how to do a problem.

The inspiration for that style came from some earlier supervisors I had here at TID, one of which was when I became assistant electrical engineer.

My supervisor at that time was Randy Baysinger, an excellent engineer. When he hired me, he was involved with a large overhaul of the generating units at our Don Pedro power plant. He needed somebody to oversee the design, build, commission and install of new exciters and governors for each of three units up there. I kind of knew what an exciter was. I kind of knew what a governor was. But I had to really do some research looking at books and equipment manuals, going to the site, figuring out what all had to happen. He just gave me that direction.

So, I figured it out. I did all the design drawings and oversaw the installation. When commissioning day came, I was just cringing and hoping nothing would blow up. Fortunately, the generators synced to the grid.

That was 25 years ago. It was exciting because I was given just that general direction and the ability to do my own work and think through it and solve the problem. I really enjoyed that, so that’s what motivates me to allow the people that work for me to do the same.

CW&P: What do you enjoy doing away from work? What’s the last book you read?

Hashimoto: My favorite hobby is golf. Any day off that I have, I’m probably going to be playing golf with friends or my nephew. That’s how I spend most of my free time.

The last management-type book I read is “Rumsfeld’s Rules” by Donald Rumsfeld, the longtime secretary of defense under Gerald Ford and George W. Bush. Obviously, Mr. Rumsfeld is a much different personality and style than me, but it was very interesting to read his experience over those many years of service. I pick and choose his ideas on management.

One lesson I gained is the most important thing to do as a manager is picking the people, our employees. It’s recruiting, interviewing, selecting. It’s not so much about their technical knowledge; it’s more the personality. Can they work with me and their co-workers? Are they fast learners? Are they capable of learning what I need them to learn, versus coming prepared with preset ideas and skills? I’m more than willing to train and help an employee along. Once you whittle job interviews down to two or three people, I tend to bring them back—maybe take them to lunch, put them in a social-type environment. Just ask them questions, get them free to talk and find out a little bit about them.

CW&P: What gets you excited to go to work each day?

Hashimoto: When I think about what gets me fired up to come to work for the past 34 years, I guess early on it was just the challenge of the work and the big variety of stuff I got to do. But now as general manager, I equate my excitement to being like the coach of a winning team, like the Golden State Warriors. I have five assistant general managers. They’re all smart, dynamic and energetic, and I feel like, “Gosh, I want to be there because I learn from them.” They have great ideas. Our management team meetings are a lively two hours, where a lot of issues get discussed and resolved. It’s exciting to come to work to be part of that.
Post a Comment