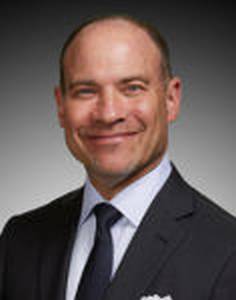 The perspectives of California’s publicly owned utilities will be heard on a newly appointed committee that will look at potential reforms to governance of the Western Energy Imbalance Market (EIM).

The EIM is a real-time bulk power trading market operated by the California Independent System Operator (CAISO) that delivers low-cost energy across eight states in the West.

A new Governance Review Committee (GRC) has been tasked with recommending any appropriate reforms to EIM governance, including in the event California moves to an extended day-ahead market (EDAM). Fourteen entities that currently participate in the EIM sent a letter to CAISO last week urging consideration of the formation of EDAM because it could expand the potential pool of energy transactions that could be facilitated, among other benefits.

“The issues to be resolved to make EDAM a reality should not be underestimated,” the letter says. “Governance structures must be considered that reflect the new market design and the legitimate interests that all within the broader market footprint will have in the operation and rules of the day-ahead market.”

CMUA’s regulatory counsel, Tony Braun of Braun Blaising Smith Wynne, PC, is one of 13 members appointed to serve on the GRC. Others with ties to public power include Suzanne Cooper of the Bonneville Power Administration, Therese Hampton of the Public Generating Pool, and Rob Taylor of the Salt River Project.

Other stakeholder members CAISO appointed to the committee last week are Andrew Campbell, UC Berkeley’s Energy Institute at Haas; Eric Eisenman of PG&E; Jennifer Gardner, Western Resource Advocates; independent consultants Doug Howe and Rebecca Wagner; and Cameron Yourkowski, EDP Renewables North America LLC.  Commissioner Kristine Raper of Idaho will represent the Body of State Regulators, which is a component of the current EIM governance structure.  Angelina Galiteva and Val Fong, of the CAISO Board of Governors and EIM Governing Body, respectively, will act as advisory members of the committee.

“As we look at the governance of regional energy markets, POUs are well represented in determining how decisions will be made,” CMUA Executive Director Barry Moline said.

The GRC is expected to begin convening in October and is anticipated to spend the next six to 12 months formulating recommendations for EIM governance.

Participation in the EIM continues to expand in California and other western states.  Among CMUA members, the Balancing Authority of Northern California went live as an EIM Entity earlier this year, facilitating participation by SMUD. Other BANC members, including the Modesto Irrigation District, Redding Electric Utility, and Roseville Electric Utility, along with the Western Area Power Administration Sierra-Nevada Region, are scheduled to be part of BANC’s “Phase 2” implementation in 2021. Los Angeles Department of Water and Power and the Turlock Irrigation District are currently scheduled to go-live in Spring 2021.