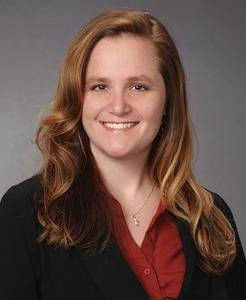 CMUA staff has recently provided lead testimony on bills under consideration in the Legislature that are of importance to CMUA members.

During an Assembly Local Government Committee hearing on June 30, CMUA Deputy Executive Director Danielle Blacet-Hyden voiced CMUA's strong support for Senate Bill 552, which would establish drought planning requirements for small communities of fewer than 3,000 connections. "SB 552 represents a historic effort to help prevent catastrophic impacts on drinking water for areas most vulnerable to the impacts of climate change," Blacet-Hyden told the committee. The bill passed the committee on a unanimous vote.

Patrick Welch, CMUA's senior director of energy policy and strategy, was the lead witness in opposition to Senate Bill 423 during an Assembly Utilities and Energy Committee hearing on June 30. Significant amendments were made to SB 423, which would promote emerging renewable and zero-carbon resources. The amendments addressed many of CMUA’s concerns with the bill. Separately, Welch also testified on Monday, July 5,  to the Senate Committee on Energy, Utilities and Communications that, as the result of amendments, CMUA has removed its concerns about Assembly Bill 641, which is about POU planning on transportation electrification.