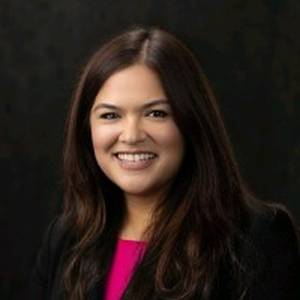 During a 17-year career at SMUD, Lora Anguay has worked mostly on the “poles and wires” side of the business, managing an array of projects related to engineering, automated metering deployment and smart grid. For the last six years, Anguay was the utility’s director of distribution operations and maintenance.

Six months ago, as part of an overall reorganization at SMUD, Anguay started in a newly created position that you might not have heard of before in a utility.

Anguay talked with CMUA Communications Director Matt Williams about the new role as SMUD’s Chief Zero Carbon Officer and what the job will take on during the coming decade. The conversation was edited for length and clarity.

I don’t think I have heard of a job position like yours before in a utility.

It's probably an unusual job title; I think we are the only utility right now that has that title, and I think it was definitely intentional on [SMUD CEO ] Paul Lau’s behalf. I think he really meant to have someone who's ultimately responsible and accountable for achieving the zero carbon goals that were outlined within our 2030 plan. But I think more importantly, it was for him to send a strong message to the industry that we're serious about the goals. I think it was his way of drawing a line in the sand and taking a firm stance on our fight against climate change.

So the Zero Carbon Energy Solutions team —the team that I'm leading — really has the responsibility of achieving SMUD's 2030 zero carbon goals. There's a lot of activities that are going to happen throughout the organization, I think the entire organization is now moving in that direction, but a lot of the work is going to happen within this team.

Ultimately, I'm responsible for the customer program development, which includes energy efficiency, building and vehicle electrification, and solar and storage programs. I'm also responsible for our energy supply — transitioning our energy resources from the current mix that they are today to the zero-carbon mix in 2030.

I think the groups that Paul has put into this area as part of our reorg really makes sense. Historically, these are teams that you wouldn't have seen working together. We have power generation, energy trading and contracts, alongside with customer program development, which is unusual to have in the same business area.

Among  municipal utilities in California, the Los Angeles Department of Water and Power, Glendale Water & Power, and others are advancing their own decarbonization plans. What do you think stands about SMUD’s plan?

I think what is unique about SMUD’s is how aggressive it is. We're saying 2030, and we're really targeting absolute zero. The CEC and the CPUC — they're targeting for carbon free electricity within California by 2045. So, we're 15 years ahead of that.

It sounds like you have to take SMUD’s 2030 plan, which is on paper now, and make it actionable and make it real.

In terms of human resources and the commitment that SMUD has on this, it's about 200 people in my new organization. It's a huge number, and they were existing resources within SMUD and in areas that did not traditionally work together. Within my area, we have all of power generation, those that maintain all of our current generation facilities and our hydro, wind, and thermal generation teams. They're all there and working together to figure out, "How do we transition those plants that are not renewable today to becoming renewable?"

We've got energy trading and contracts, again, focusing in on, how do we secure contracts for large hydro in the Northwest that we have access to, and making sure that we are purchasing clean power as we move forward? We have commodity settlements, and I think that's different, too, because normally commodity settlements has been more on the accounting side.  Our research and development team has moved over as well.

A lot can change in the next few years. But what do you think SMUD’s power mix could look like a decade from now to achieve the 2030 goal?

In 2020, our eligible renewables were at 33.8%, but that doesn’t include large hydropower, which is almost 30%. So, we have a huge portion that's already emission free.

I think there's load growth that we're anticipating, especially as we look at building electrification and electric vehicles. I do think that we'll see about 16% of our energy coming from hydro, 21% coming from wind. Wind is a big resource that we have available to us now; we're expanding our Solano wind farm and adding another 91 megawatts of wind out there. Solar is going to make up 33% of our portfolio in the future. I think geothermal and baseload renewables will be about 17% or 18%, somewhere in that range.

The last 10% — because that was only 90% that I gave you — we're not really sure what that's going to come from. We think that's going to be the retooling of our natural gas [plant] facilities. Hydrogen is possibly the option that we're looking at, at this point in time. And if hydrogen doesn't make it or doesn't pencil out, then I think carbon sequestration is another area that we're keeping an eye on. I think it's the last resort if we're not making the hydrogen.

There also are aftermarket designs that are available. There are groups that claim that they can do an aftermarket design on our equipment that can have 100% hydrogen capability within the combustion system available by 2025. I think that looks promising but, again, we're keeping an eye on it.

As you said, solar could be about one-third of your resource portfolio in 2030. How are you thinking about battery storage along with that?

We just installed our first utility-scale battery storage on our distribution system actually; I think it’s about 10 or 15 megawatts. We are looking at increasing that as well, in terms of the battery storage that's on our system.

We're also looking at incentivizing residential storage. We've done a lot, historically, in incentivizing the solar industry and solar adoption, and we're switching that a little bit in terms of now pairing solar with storage, and really that's what we're incentivizing.

As we move forward, a lot of our power purchase agreements and interconnection projects that are happening right now, we're really only looking at those that are paired with storage. We do have some projects in the works that are connecting into our systems that are local solar projects, but they're paired with storage. I think we're moving toward that direction where everything that we do is going to be required to have storage as well.

How are you working with the Sacramento region and the private sector to get to the 2030 goal?

We are leveraging community partnerships in the research space. SMUD is a founding partner in the California Mobility Center. A lot of the research that we want done around electrification, or transportation electrification can now be done in that California Mobility Center, and not all of that research has to be on our dime or at our ratepayers' expense. We're designing programs that, again, it's not all the funding coming from SMUD, that there's others that are helping with it.

One of the partnerships that we have within the mobility center is a fleet electrification company called Zeus. They're really [focused on] commercial trucks. They're using our facility, the California Mobility Center, to do the last final staging of the equipment. It's economic development because you now have a company coming into Sacramento to set up shop, and you can leverage what other people are already doing.

It sounds like you think a lot about how to make Sacramento a better place for everyone.

I think the biggest thing for me is really the importance that we're placing on our communities that we serve. I think that's the difference with being a municipal utility is that, in doing this, I think the statement that we were making at SMUD is that our intent is to leave no community behind.

We're really looking at how do we leverage our programs to benefit low-income communities as well. Underserved communities oftentimes are not ones that can afford electric vehicles or batteries or solar. How do we create programs that allow them to be part of the solution and allow them to participate?

In the Sacramento area, we have some of the worst air quality in the nation. Those who are underserved are usually most impacted by air quality issues, and so we want to ensure that we're focusing in on those neighborhoods as well and bringing them solutions. One of the things we've done is partnered with state programs to look at providing electric vehicle incentives and dollars for people living in disadvantaged communities to buy and use electric vehicles.

We’ve made a commitment to our communities to ensure equity. That's why we're partnering with different people to figure out how we can bring electrification to our underserved communities. We have a few examples: There's a charging and mobility hub at [Sacramento’s] Power Inn light rail station, and SMUD has partnered with Sacramento Rapid Transit on it. We’re also partnering with a company called GiddyUp EV, and they're focused on delivering high speed charging stations in communities like Del Paso Heights.

To finish, where does affordability and reliability for SMUD customers fit into the 2030 plan?