California is rushing to increase its climate targets. For success, we need to also address the risks.
Keeping electricity affordable and maintaining the reliability of our power grid cannot be ignored. Doing so would undermine the state’s climate goals.
Tuesday, August 30, 2022
by: Patrick Welch, CMUA
Section: CMUA News 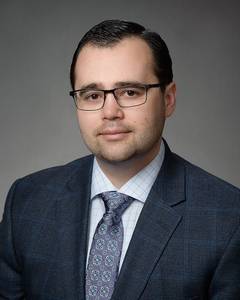 Swapping out gas-powered cars and household appliances for ones that run on clean electricity and continuing to add more renewable and clean energy onto the state’s electric grid are key ingredients in California’s strategy to combat climate change. But newly introduced legislation could result in costlier electricity for customers and grid reliability impacts that policymakers should keep in mind.

This week, the state Legislature is mulling the fate of AB 2133, which was introduced on August 23—only a few days before the end of the year’s legislative session. The last-minute bill would implement Governor Newsom’s call to increase the state’s greenhouse gas (GHG) emission reduction target to 55% below 1990 levels by 2030. The current target is 40%.

That 15% increase looks small on paper, but it could have huge real-world implications.

There’s no public, robust analysis to assess what the 55% target would mean exactly, but there are some indications. The Air Resources Board’s climate scoping plan assessed an “accelerated” 2030 GHG target and economywide carbon neutrality goal with some technology limitations and found there would be significantly more demand statewide for electricity — in homes, buildings and industrial complexes, and for charging millions of new EV cars and trucks.

But there’s a downside. ARB concluded that the targets would “require a pace and magnitude of investments and actions that is likely unachievable.” The state’s own SB 100 clean energy planning document said that during the next two-plus decades, under California’s current laws utilities will already need to sustain a record-breaking amount of clean energy procurement to ensure California’s electric grid remains reliable.

It is a massive undertaking with many challenges.

At the same time, California has identified an array of escalating risks to the electric grid that include extreme heat, drought, supply chain disruptions, and inflation. Already, the California Energy Commission estimates that 20% to 40% of clean energy projects in California are experiencing some form of delay.

As California continues to invest heavily in a cleaner electricity system, the cost to Californians also must be factored in. The state’s electric customers already pay some of the highest rates in the U.S., and those rates undoubtedly will continue to rise because of the billions of dollars that utilities will have to spend in order meet and exceed California’s GHG goals that are ratcheting upward during the next two decades. Affordability is a real concern now and will only grow with these massive investments.

Electrification of vehicles, homes, and industrial processes in California is a good thing. It helps fight climate change and cleans our air, and we need to lean into ambitious efforts to solve one of society’s most pressing problems. But we also need to be realistic about what it will take to get us across the clean energy finish line in a way that keeps the lights on and remains affordable for all residents.

It would be wise for the Legislature to hit the pause button on AB 2133 until there is a more thorough analysis and understanding of its impacts, including the cost to Californians and the reliability of our electric grid.

Patrick Welch is senior director of energy policy and strategy for the California Municipal Utilities Association (CMUA), which represents publicly owned electric utilities that collectively provide service to 25% of Californians.