California Municipal Utilities Association Board of Governors are comprised of nineteen (19) Governors and nineteen (19) Governor Alternates.  The ten largest members (view list), as determined by dues paid, are entitled to ongoing representation on the Board.  Each year at the Annual Meeting the ten largest members each designate one Governor and one Governor Alternate. The remaining nine voting Governors (a) shall be elected pursuant to Article 4, Section 4.2 of CMUA bylaws along with their respective Alternates; (b) shall serve staggered three-year terms; and (c) shall not serve more than two (2) consecutive terms (partial terms to fill a vacancy excepted), provided, however, that the President, Vice President, and Immediate Past President may be re-elected without regard to term limitation. The terms of office for these nine elected Governors and their respective Alternates shall commence at the time of their election or designation.

For a schedule of upcoming CMUA Board Meetings, click here. 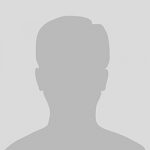 If you have any questions about the CMUA Board of Governors, please contact Christine Chapman at (916) 326-5804 or cchapman@cmua.org.